I wake up every Tuesday to several Pull Requests on my GitHub repositories. Those PRs are triggered automatically and update my repositories’ dependencies. By the time I get to the office, they’re merged. For this I use CircleCI’s scheduled builds, Nix and niv. 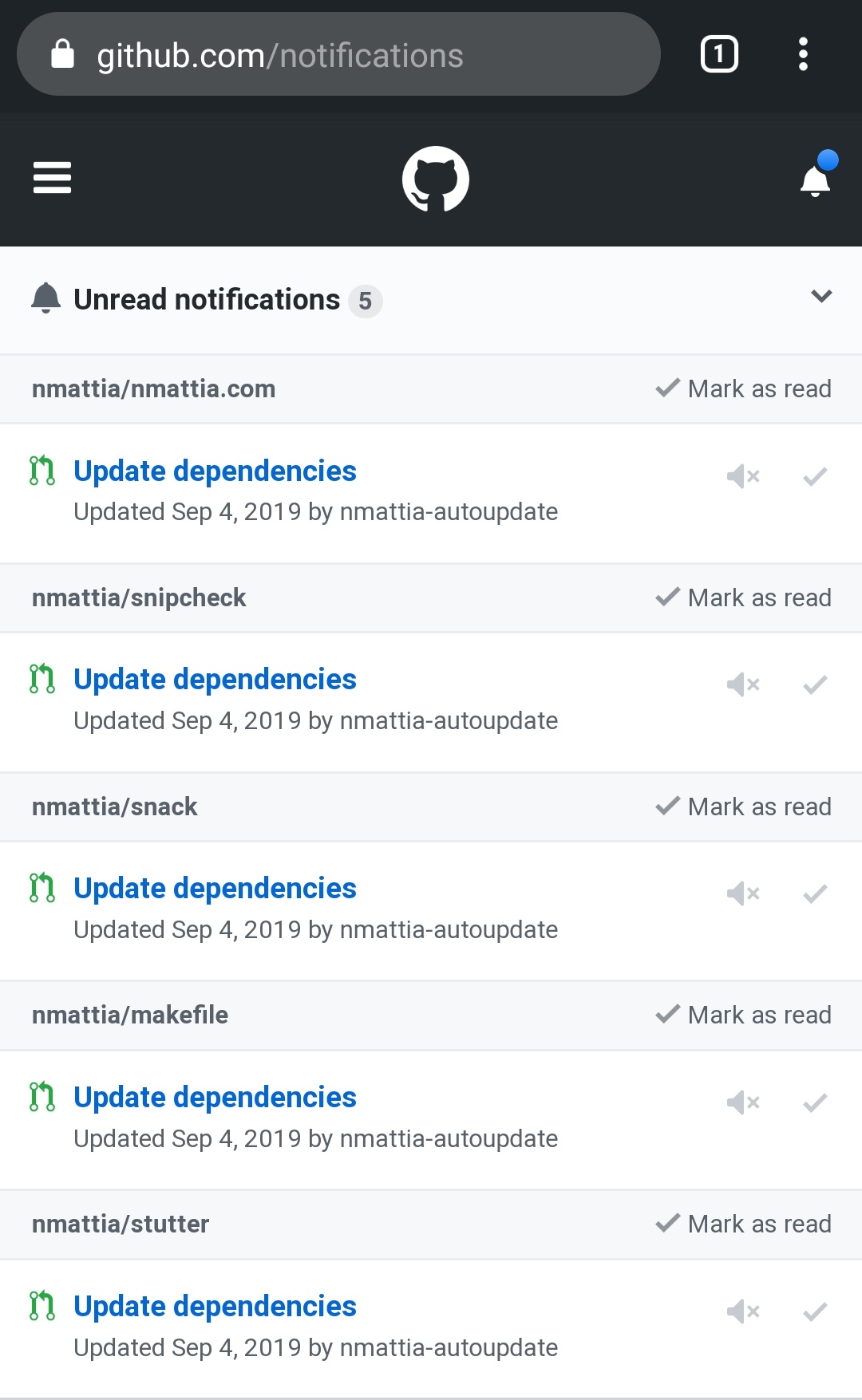 That aside, it boils down to two facts:

I have a dedicated repository, autoupdate, which has scheduled CircleCI builds. This CI build is responsible for updating my other repositories. For each other repository $repo_name: 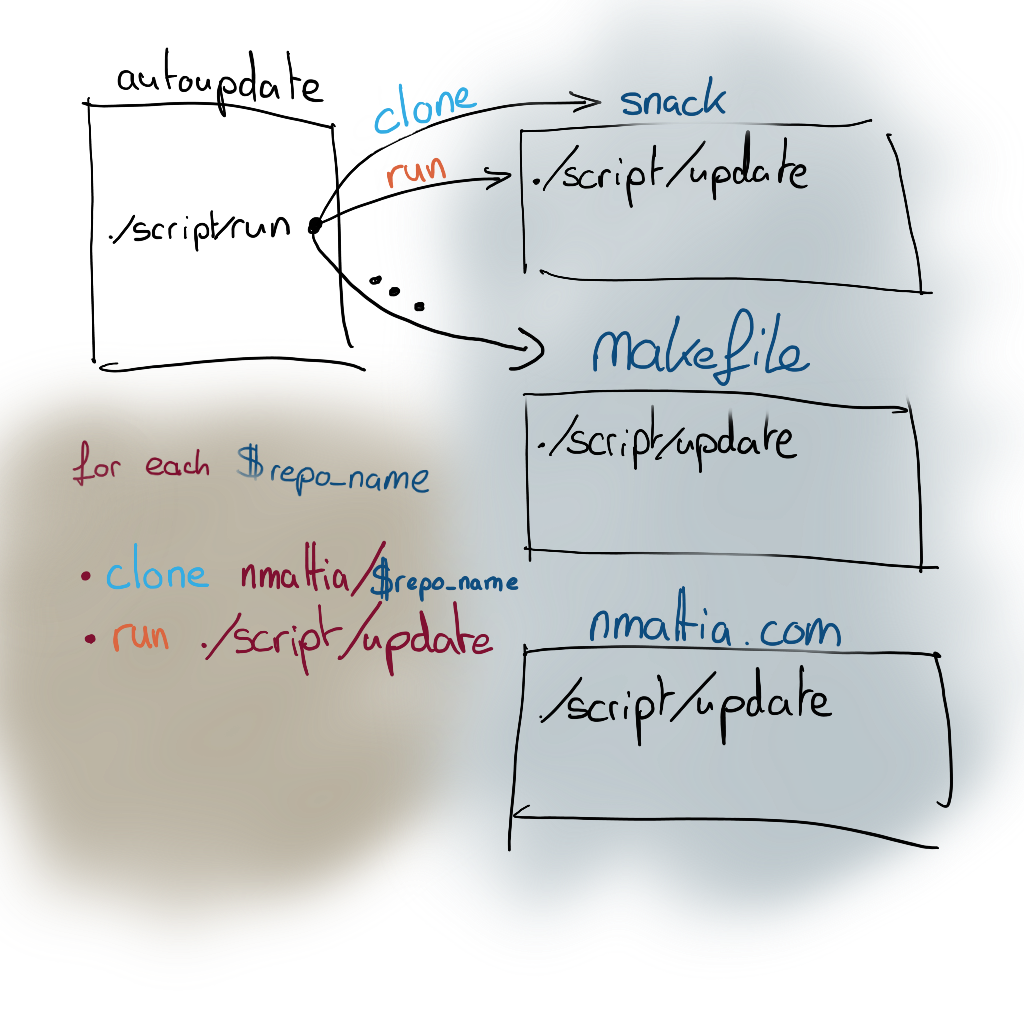 Here’s the plan for the rest of the article.

I have a convention: all my repositories have an update script, ./script/update (a small extension to GitHub’s “Scripts to Rule Them All”). This script’s only job is to update the dependencies, be it:

Nix provides the system libraries and tools. On top of that there’s niv, whose job is to automatically update dependencies for Nix projects.

The combination of those two tools means that my update script almost always looks like this:

That takes care of updating system libraries and system tools. For code libraries, YMMV, but should boil down to something like npm update, cargo update, etc.

And now you have a script that updates your system dependencies, tools, and libraries! Let’s now configure the scheduled job to run this script on a weekly basis, on all your repositories.

Quick recap: all your repos now have a script, ./script/update, performing the update. Now we’ll configure a new repository (mine’s autoupdate), whose job is to checkout your other repositories and run ./script/update. My favorite CI for open-source projects is CircleCI, and I was delighted to discover that they have a “scheduled” build feature.

A snippet speaks a thousand words, let’s start with that:

Super simple, right? Well I lied! The real configuration is a little more verbose, but the difference is irrelevant to this article.

On every Monday (Day 1), at 11pm (hour 23 and 0 minutes), please run the script ./script/run that you will find in this repository, autoupdate.

The code to update the other repositories is in ./script/run:

The reality is not that simple, but that’s the idea. In practice there’s one tricky issue: how to authenticate with GitHub to fork repositories, create pull requests, etc.

And that’s it! This configures a weekly build which calls ./script/update on your other repositories and creates update PRs.

Ideally a CI build ensures that everything went well, but in some cases you may want to inspect the build result before merging the update. I do this for my website; what if the update broke some CSS and now everything looks crappy? You, my reader, would be terribly disappointed!

In nmattia.com’s build I store the produced HTML as build artifacts, which CircleCI is kind enough to host for me:

Before merging the PR, I have a quick look at the new version, and if everything looks good I merge. The merge then triggers another build which uploads everything to netlify.

I hear a voice rise from the crowd:

Why don’t you use netlify’s Unique Deploy feature for preview?

In your autoupdate configuration, you run all updates in a single CircleCI build step. Wouldn’t be nicer to have a one build step per repository?

I completely agree. Go ahead and I’ll steal your configuration!